Boswellia serrata is an Ayurvedic plant that contains triterpenoids called boswellic acids. It is native to India and used for centuries by Ayurvedic doctors. The terpenoid portion contains the boswellic acids that have been shown to be the active constituents in boswellia.

Boswellia extract has been used traditionally to treat arthritis, ulcerative colitis, asthma, coughs, sores, and to correct disorders of the digestive system. Test tube research shows that boswellic acids inhibit a specific enzyme crucial in producing certain chemicals important in the process of inflammation. Also, extracts of boswellia have been studied as an aid to standard care for malignant glioma . Use of boswellia serrata appears to decrease symptoms, probably by decreasing inflammation in the brain. 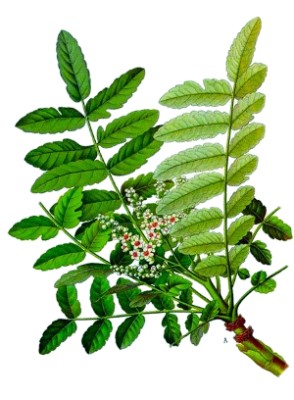 The most important component is boswellic acid , which was shown in animal studies to be a potent 5-lipoxygenase inhibitor with  antiarthritic and anti-inflammatory properties. In a study, involving Triterpenes in boswellic acid reduce the synthesis of leukotrienes  in intact neutrophils by inhibiting 5-lipoxygenase, the key enzyme involved in the biosynthesis of leukotrienes, which mediate inflammation. 175 bedridden patients showed good or excellent improvements, in 67% of cases, in morning stiffness, pain and ability to carry out everyday activities. Boswellia extract, while providing effective in the treatment of different chronic inflammatory conditions, produces none of the common side-effects associated with conventional non-steroidal anti-inflammatory drugs such as ibuprofen and Voltaren.

Asthma is a lung disorder in which spasms and inflammation of the bronchial passages restrict the flow of air in and out of the lungs. Boswellia serrata may reduce the number of asthma attacks. In a double-blind, placebo-controlled trial, the use of 300 mg of boswellia serrata 3 times daily led to a positive impact in signs and symptoms of asthma, including a reduction in asthma attacks. Seventy percent of the asthma patients showed improvement in symptoms and lung function and a decrease in allergic blood cells.

Boswellia serrata appears to reduce the inflammation associated with Crohn’s disease and ulcerative colitis, painful intestinal disorders. Randomized, placebo controlled, double-blind experiment, patients with Crohn’s disease were treated with 2 oral capsules of 400 mg Boswellia serrata or placebo three times daily for 12 months. At the end of the study, found that 59% of the Boswellia-treated and 55% of the placebo-treated patients maintained remission from Crohn’s disease, indicating no statistically significant difference in efficacy between the active and control groups.

Ulcerative colitis  is a form of colitis, a disease of the intestine, specifically the large intestine or colon, that includes characteristic ulcers, or open sores, in the colon. Leukotrienes are believed to play a role in the inflammatory process of ulcerative colitis. Ulcerative colitis symptoms include bloody diarrhea, abdominal pain, fever,ulcerations in the colon, loss of appetite, and mucus in the stool. In one study of 20 patients in which Boswellia, 300 mg 3 times a day, was given for 6 weeks, 14 went into remission, while with sulfasalazine, the remission rate was 4 out of 10.The results of this study indicate that Boswellia serrata  may be as successful in treatment of ulcerative colitis as standard therapy. 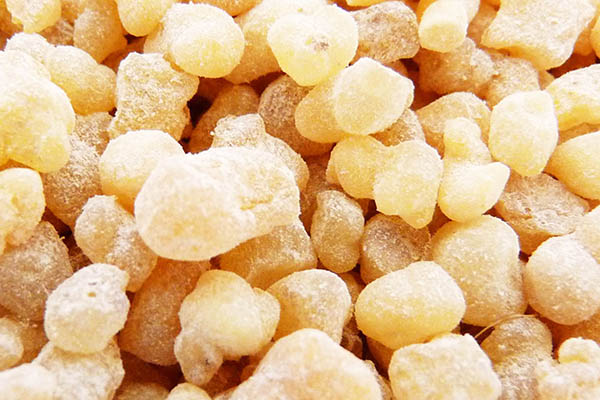 Boswellic acids induce antiproliferation, differentiation and apoptosis in leukemia cell lines. They exert cytotoxic effects on established human glioblastoma and leukemia cell lines, as well as on primary human meningioma cells. Boswellia serrata have been shown to be both cytotoxic to glioma cells and anti-proliferative in a dose-dependent manner during studies with rats. Boswellic acid has been found to display antitumor activity in cervical, bladder, and other cancer cell lines as well as anti-inflammatory activity. Boswellia serrata may also reduce fluid retention associated with brain tumours. This fluid build-up is associated with the action of certain inflammatory chemicals. Boswellia inhibits the production of these chemicals. In a study, 44 patients who is from cerebral tumors were either given radiotherapy with 4,200 mg per day of boswellia  or a placebo. Sixty percent of those who received the radiotherapy and the boswellia serrata found more than a 75 percent reduction in their cerebral edema. Research results published in the February 2011 issue of Cancer. At the university hospitals of Bochum and Giessen, patients with gliome tumors were administered 3600 mg Boswellia. Within  a few days, many symptoms associated with brain tumors,  were greatly lessened. In a study of  25 patients were administered a  extract of boswellia  for one week and the tumors were then surgically removed. About half the patients had such significant regressions that the tumors had all but disappeared. This study was conducted by neurosurgeon Dr. Michael Winking.

Side effects from are rare. Side effects of boswellic acids include abdominal discomfort nausea, epigastric pain, hyperacidity and diarrhea. Unlike pharmaceutical corticosteroids which inhibit leukotriene synthesis,  boswellia exhibit no significant side effects or toxicity. In clinical trials of pharmaceutical grade standardized boswellia serrata extract, no serious side effects have been reported.