Benefits as an energy tonic

Cordyceps mushroom is one of the most prized immune modulating and energy enhancing adaptogens known in Chinese herbalism.  It is native to high mountain regions of the Himalayas and has been used by the people of Tibet, Nepal and China for hundreds of years.

Often compared to that of ginseng for its restorative qualities, it is revered as a “Chi” building herb with effects that “activate life energies.”  Also known for revitalizing the sex glands and reproductive system, the mycelium is considered a potent aphrodisiac and top tonic for increasing one’s sex drive.

In Traditional Chinese Medicine, it is also recognized to be particularly nourishing to the lungs and kidneys.  It supports recovery from adrenal depletion and is shown to increase lung capacity as well as oxygen utilization, making it a great tonic for improving athletic performance and aerobic workouts

It made its claim to fame in 1993 during the Track and Field National Games in Beijing China when women athletes using the mushroom broke consecutive world track records.  After being negatively tested for anabolic steroid use, the team coach revealed that they were consuming daily elixirs of cordyceps mushroom as a nutritional regimen.

Cordyceps contains immune supporting polysaccharides, like beta-glucans and the antitumor inhibiting CO-1, plus the compound called “cordycepin”, which is unique to this mushroom variety.  Other active ingredients include ergosterol, cordycepic acid and various other nucleosides, like adenosine.

The original wild version (Cordyceps sinensis), also called “caterpillar fungus”, is quite different than other types of medicinal mushrooms in that it germinates from the mummified body of various insects, growing as elongated blade-like mycelium rather than the usual mushroom cap varieties.

Today, however, wild cordyceps mushrooms are rare and extremely expensive. In 1972, Chinese mycologists isolated a wild strain called cordyceps Cs-4 and were able to successfully grow it using both a liquid-culture and a grain substrate.

There are some cordyceps varieties today that are produced using silk worm larvae, but most higher quality cordyceps mycelium extracts, powders and whole dried pieces that are being sold today are grown organically on brown rice substrate, not on caterpillars or other insect bodies.

These cultivated versions are extremely concentrated, possessing close to the same health enhancing attributes as wild varieties because they are grown using wild spores, either of the Cordyceps militaris or Cs-4 sinensis species. 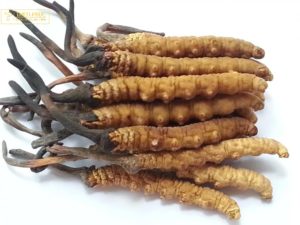 Sinensis is a highly revered athletic tonic for its revitalizing effects on physical stamina as well as its ability to help increase lung capacity and build muscle mass.  It is often used by holistic bodybuilders in protein shakes as a pre-workout energy booster.

In Chinese herbalism cordyceps is considered extremely beneficial as a major Chi tonic herb, one of the 3 treasures in TCM.  The dried mushroom is often used in herbal formulas and can be blended with other energy adaptogens like astragalus, ginseng, maca, rhodiola and ashwagandha for increased effectiveness.

Cordyceps has long been consumed by Himalayan mountain peoples, like the Mykot tribe, for increasing their energy output and endurance levels needed for high altitude activities.

Contains the nucleosides Adenosine and Cordycepin

In addition, both C. sinensis and C. militaris contain unique medicinal components such as specific nucleosides called cordycepin and adenosine. These active ingredients have been proven to play a key role in increasing ATP production and are additionally useful to the cardiovascular system, helping to regulate blood pressure.

ATP, or adenosine triphosphate, is the intracellular energy source for your muscles.   It is a biochemical process known among professional bodybuilders and athletes because it helps increase strength and sustain endurance levels.  It is especially beneficial for short bursts of activity like sprinting,

Another study showed “an increase in the ratio of ATP to inorganic phosphate in treated mice representing an increase in cellular energy state.”  A second study using “water-soluble extracts of Cs-4 also showed an increase of 45–55% in ATP:Pi ratios.”

Nucleosides are one of the major ingredients in C. sinensis that account for a wide range of immunological actions and health benefits.  Cordycepin (3′-deoxyadenosine) is one of the adaptogenic substances in cordyceps that has been discovered to provide immune modulating effects potentially useful for treating immune related diseases.

Cordyceps is the top medicinal mushroom often prescribed by Chinese herbalists for kidney yin deficiency and is commonly referenced as a “kidney jing tonic.”  Jing is one of the three treasures in TCM that is considered the energy foundation or “root of vitality” for the entire body.  It is stored specifically in the kidneys as well as the adrenals and sex glands.

Regular supplementation can greatly assist many modern day people living a fast paced lifestyle who are inadvertently draining this Jing energy backup system.  Additionally, stressing the kidneys and adrenals with the overuse of caffeinated drinks and other stimulants can be especially depleting to our deep energy reserves over a period of time, resulting in adrenal exhaustion and various autoimmune disorders.

Cordyceps mushroom extracts are powerful adaptogens and kidney tonics that help to build and restore energy as well as replenish the deeper immune defenses located in the bone marrow reserve.

It is an excellent adjunct to use with other energy supporting superfoods and is specifically recommended by many herbalists for those in recovery from debilitating conditions.  Studies with elderly populations who suffered from excessive fragility show a significant increase in energy, appetite as well as improved physical and mental capacity.

“Fatigue, impotence, joint and back pain, even ringing in the ears are all symptoms of degenerative kidney health. It has been shown that much of cordyceps kidney enhancing potential comes from its ability to increase 17-hydroxy-corticosteroid and 17-ketosteroid levels. (Zhou et al 1998)” On the Trail of The Yak Ancient Cordyceps in the Modern World 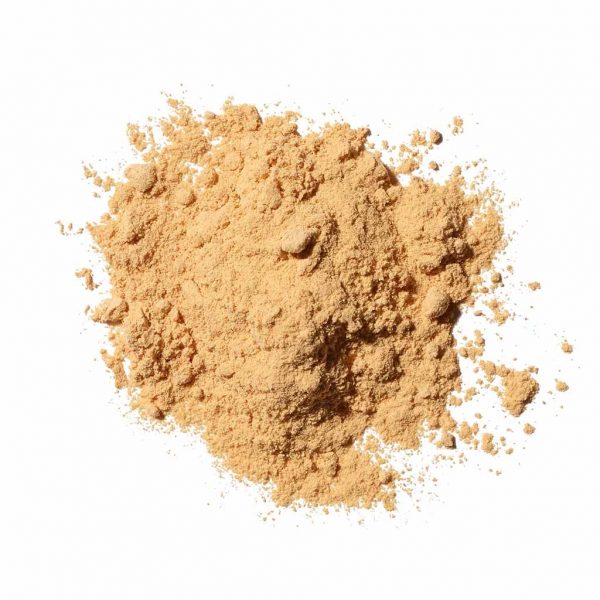 Cordyceps as a sexual tonic and aphrodisiac

Along with its effects as an energy promoting restorative, C. sinensis is also concurrently a powerful and very well known aphrodisiac that enhances libido and is revitalizing to the sex glands in both men and women.

Indigenous Tibetan Mykot yak herdsmen were thought to be one of the first to discover the sexual rejuvenating properties of the mushroom when they noticed that their free roaming herds would instinctively migrate to higher elevations to graze on fields of grass and cordyceps.  This induced a mating frenzy that was later realized to be the result of consuming quantities of the fresh mushroom.

Research reveals that many of the polysaccharides and nucleosides found in the mushroom work specifically as immune system potentiators and possess strong antioxidant, antiviral and antitumor activity.  Some of these primary myco-nutrients include beta glucans, like CO-1, and the nucleoside cordycepin (3’deoxyadenosine).

The beta-glucan constituents help to increase the production of interleukins, interferons and antibodies by the activated immune cells. Currently, there are more than 10 identifiable nucleosides and their related components found in cordyceps mushroom. “In medicine several nucleoside analogues are used as antiviral or anticancer agents.”

Evidence also supports cordycepin’s ability to inhibit DNA synthesis in cancerous cells, which is thought to be the major mechanism responsible for its effects as a tumor growth inhibitor, significantly increasing the tumor cell kill rate.

In an excerpt taken from Cordyceps Mushroom: A Potent Anticancer Nutraceutical it states, “The cancer protecting activities of cordyceps are widely reported and established and now it is the time to look for the cancer preventing activity of this mushroom more precisely. Extensive research with cordyceps mushrooms may contribute to the discovery of new anticancer strategies.”

Certain medicinal mushrooms like reishi, coriolus (turkey tail), chaga as well as cordyceps are great adjuncts to use when undergoing chemotherapy or radiation treatments should you choose to receive them.  Chaga and coriolus, in addition to cordyceps, are also top mushroom extracts known by many leading edge mycologists for their strong antitumor compounds.

Beneficial for the lungs and respiratory system

Along with the kidneys, C. sinensis is also a revered lung tonic in Traditional Chinese Medicine and is thought to increase the flow of Chi, which is associated with the air element.  When there is more Chi and unhindered oxygen uptake, there is an increase in energy as a result.

Many of the mushroom’s effects on the lungs are believed to stem from its ability to improve efficient oxygen utilization.  C. sinensis is helpful for professional sport athletes for this reason and helps to increase athletic performance and endurance levels.

D-mannitol, also called cordycepic acid, is recognized to play a major role in alleviating conditions such as bronchitis or asthma as are its anti-inflammatory components.  It is a Chinese prescribed treatment for such health issues and has been used extensively as a preventative for altitude sickness in high mountain regions.

Most high quality cordyceps are grown using wild spores from either the sinensis or militaris species. 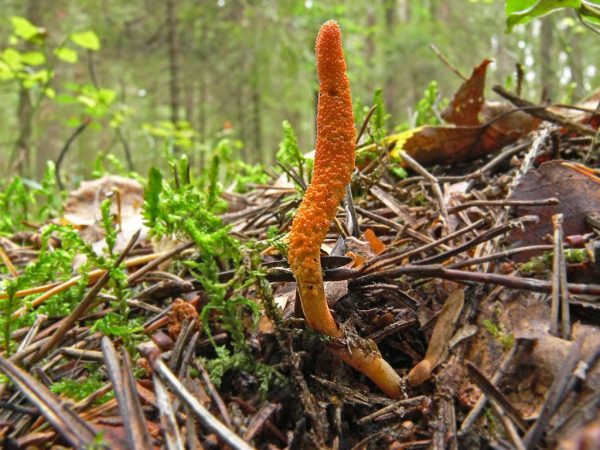 Powdered or liquid extracts can be added to teas, beverages or blended drinks.  It is best to take the mushroom twice a day in the morning and afternoon.  Because of its energizing effects it is best to avoid in the evening or before sleep.  All raw medicinal mushrooms (dried or fresh) need to be simmered to release their beneficial myco-nutrients.