They have both culinary and medical uses in Asian countries like China, India, Japan and Korea.

Lion’s mane mushrooms can be enjoyed raw, cooked, dried or steeped as a tea. Their extracts often used in over-the-counter health supplements.

Many describe their flavor as “seafood-like,” often comparing it to crab or lobster

Lion’s mane mushrooms contain bioactive substances that have beneficial effects on the body, especially the brain, heart and gut.

Here are 9 health benefits of lion’s mane mushrooms and their extracts.

Could Protect Against Dementia

The brain’s ability to grow and form new connections typically declines with age, which may explain why mental functioning gets worse in many older adults.

Studies have found that lion’s mane mushrooms contain two special compounds that can stimulate the growth of brain cells: hericenones and erinacines.

In fact, lion’s mane mushroom and its extracts have been shown to reduce symptoms of memory loss in mice, as well as prevent neuronal damage caused by amyloid-beta plaques, which accumulate in the brain during Alzheimer’s disease.

While no studies have analyzed whether lion’s mane mushroom is beneficial for Alzheimer’s disease in humans, it appears to boost mental functioning.

The ability of lion’s mane mushroom to promote nerve growth and protect the brain from Alzheimer’s-related damage may explain some of its beneficial effects on brain health.

However, it’s important to note that most of the research has been conducted in animals or in test tubes. Therefore, more human studies are needed.

Up to one-third of people living in developed countries experience symptoms of anxiety and depression.

While there are many causes of anxiety and depression, chronic inflammation could be a major contributing factor.

New animal research has found that lion’s mane mushroom extract has anti-inflammatory effects that can reduce symptoms of anxiety and depression in mice.

Other animal studies have found that lion’s mane extract can also help regenerate brain cells and improve the functioning of the hippocampus, a region of the brain responsible for processing memories and emotional responses.

Researchers believe that improved functioning of the hippocampus may explain the reductions in anxious and depressive behaviors in mice given these extracts.

While these animal studies are promising, there is very little research in humans.

The nervous system consists of the brain, spinal cord and other nerves that travel throughout the body. These components work together to send and transmit signals that control almost every bodily function.

Injuries to the brain or spinal cord can be devastating. They often cause paralysis or loss of mental functions and can take a long time to heal.

However, research has found that lion’s mane mushroom extract may help speed recovery from these types of injuries by stimulating the growth and repair of nerve cells.

In fact, lion’s mane mushroom extract has been shown to reduce recovery time by 23–41% when given to rats with nervous system injuries.

Lion’s mane extract may also help reduce the severity of brain damage after a stroke.

In one study, high doses of lion’s mane mushroom extract given to rats immediately after a stroke helped decrease inflammation and reduce the size of stroke-related brain injury by 44%.

While these results are promising, no studies have been conducted in humans to determine if lion’s mane would have the same therapeutic effect on nervous system injuries.

Protects Against Ulcers in the Digestive Tract

Ulcers are capable of forming anywhere along the digestive tract, including the stomach, small intestine and large intestine.

Stomach ulcers are often caused by two major factors: overgrowth of a bacteria called H. pylori and damage to the mucous layer of the stomach that’s often due to long-term use of non-steroidal anti-inflammatory drugs (NSAIDs).

Lion’s mane extract may protect against the development of stomach ulcers by inhibiting the growth of H. pylori and protecting the stomach lining from damage.

Several studies have found that lion’s mane extract can prevent the growth of H. pylori in a test tube, but no studies have tested whether they have the same effects inside the stomach.

Additionally, an animal study found that lion’s mane extract was more effective at preventing alcohol-induced stomach ulcers than traditional acid-lowering drugs — and without any negative side effects.

Lion’s mane extract can also reduce inflammation and prevent tissue damage in other areas of the intestines. In fact, they may help treat inflammatory bowel diseases like ulcerative colitis and Crohn’s disease.

However, when the same study was repeated in patients with Crohn’s disease, the benefits were no better than a placebo.

It’s important to note that the herbal supplement used in these studies included several types of mushrooms, so it’s difficult to draw any conclusions about the effects of lion’s mane specifically.

Overall, research suggests that lion’s mane extract may help inhibit the development of ulcers, but more human research is needed.

Major risk factors for heart disease include obesity, high triglycerides, large amounts of oxidized cholesterol and an increased tendency to get blood clots.

Research shows that lion’s mane extract can influence some of these factors and reduce the risk of heart disease.

One study in rats fed a high-fat diet and given daily doses of lion’s mane extract observed 27% lower triglyceride levels and 42% less weight gain after 28 days.

Since obesity and high triglycerides are both considered risk factors for heart disease, this is one way that lion’s mane mushrooms contribute to heart health.

Test-tube studies have also found that lion’s mane extract can help prevent the oxidation of cholesterol in the bloodstream.

Oxidized cholesterol molecules tend to attach to the walls of arteries, causing them to harden and increasing the risk of heart attack and stroke. Therefore, reducing oxidation is beneficial for heart health.

What’s more, lion’s mane mushrooms contain a compound called hericenone B, which can decrease the rate of blood clotting and lower the risk of heart attack or stroke.

Lion’s mane mushrooms appear to benefit the heart and blood vessels in multiple ways, but human studies are needed to support this.

Diabetes is a disease that occurs when the body loses the ability to control blood sugar levels. As a result, levels are consistently elevated.

Lion’s mane mushroom may be beneficial for diabetes management by improving blood sugar control and reducing some of these side effects.

Several animal studies have shown that lion’s mane can cause significantly lower blood sugar levels in both normal and diabetic mice, even at daily dosages as low as 2.7 mg per pound (6 mg per kg) of body weight. One way that lion’s mane lowers blood sugars is by blocking the activity of the enzyme alpha-glucosidase, which breaks down carbs in the small intestine.

When this enzyme is blocked, the body is unable to digest and absorb carbs as effectively, which results in lower blood sugar levels.

In addition to lowering blood sugars, lion’s mane extract may reduce diabetic nerve pain in the hands and feet.

Lion’s mane mushroom shows potential as a therapeutic supplement for diabetes, but more research is needed to determine exactly how it might be used in humans.

Cancer occurs when DNA becomes damaged and causes cells to divide and replicate out of control.

Some research suggests that lion’s mane mushroom has cancer-fighting abilities, thanks to several of its unique compounds.

In fact, when lion’s mane extract is mixed with human cancer cells in a test tube, they cause the cancer cells to die at a faster rate. This has been demonstrated with several types of cancer cells, including liver, colon, stomach and blood cancer cells.

However, at least one study has failed to replicate these results, so more studies are needed.

In addition to killing cancer cells, lion’s mane extract has also been shown to slow the spread of cancer.

One study in mice with colon cancer found that taking lion’s mane extract reduced the spread of cancer to the lungs by 69%.

Another study found that lion’s mane extract was more effective than traditional cancer medications at slowing tumor growth in mice, in addition to having fewer side effects.

However, the anti-cancer effects of lion’s mane mushroom have never been tested in humans, so more research is needed.

Chronic inflammation and oxidative stress are believed to be at the root of many modern illnesses, including heart disease, cancer and autoimmune disorders.

Research shows that lion’s mane mushrooms contain powerful anti-inflammatory and antioxidant compounds that may help reduce the impact of these illnesses.

In fact, one study examining the antioxidant abilities of 14 different mushroom species found that lion’s mane had the fourth highest antioxidant activity and recommended it be considered a good dietary source of antioxidants.

Several animal studies have found that lion’s mane extract reduced markers of inflammation and oxidative stress in rodents and may be especially useful in the management of inflammatory bowel disease, liver damage and stroke.

Lion’s mane mushrooms may also help reduce some of the health risks associated with obesity, as they have been shown to decrease the amount of inflammation released by fat tissue.

More studies are needed to determine the potential health benefits in humans, but the results from lab and animal studies are promising.

A strong immune system protects the body from bacteria, viruses and other disease-causing pathogens.

On the other hand, a weak immune system puts the body at a higher risk of developing infectious diseases.

Animal research shows that lion’s mane mushroom can boost immunity by increasing the activity of the intestinal immune system, which protects the body from pathogens that enter the gut through the mouth or nose.

These effects may partly be due to beneficial changes in gut bacteria that stimulate the immune system.

One study even found that supplementing with lion’s mane extract daily nearly quadrupled the lifespan of mice injected with a lethal dose of salmonella bacteria.

The immune-boosting effects of lion’s mane mushrooms are very promising, but this area of research is still developing.

MAY BE YOU CARE: 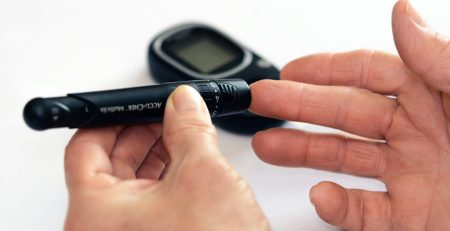 Diabetes is a chronic disease that has reached epidemic proportions among adults and children worldwide. Uncontrolled diabetes has many [...]

Gestational diabetes: Cause, diagnosis and treatment

What Is Gestational Diabetes? Gestational diabetes only happens during pregnancy. It means you have high blood sugar levels, but those levels were [...] 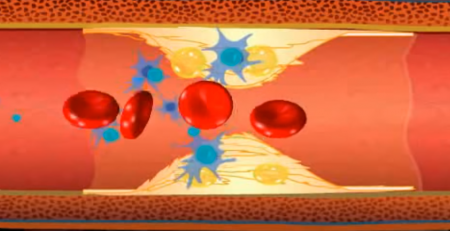 Cholesterol is a waxy substance found in your blood and in your cells. Your liver makes most of the [...] 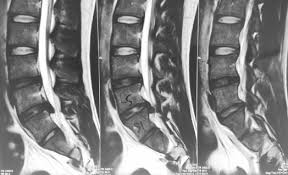 Causes of a herniated disk A slipped disk occurs when the soft internal section of an intervertebral disk protrudes through the [...]